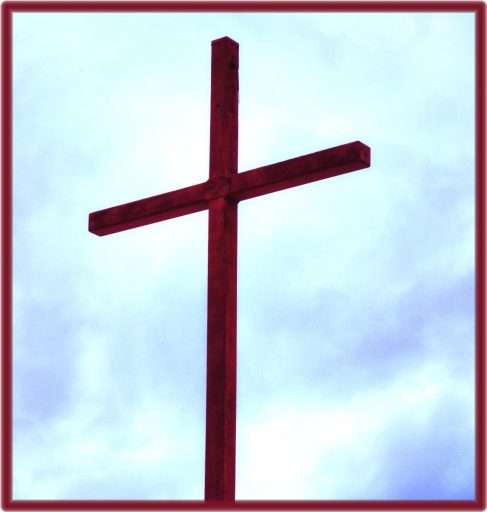 When Jesus Went to Hell

A heavy fog first descended on Jerusalem, not a storm that blew in but, that fell straight down as if covering up an army of unearthly invaders. The darkness was almost like swimming at night. Torches were lit until the wind and rain came and put them out. It was the lightning that lit the way. Continuous lightning, that flashed from cloud to cloud and tree to tree, one striking before the deafening rumble of the last had diminished.  The soldiers were slowed but no less determined to push the poor men up the hill and onto their crosses. They had become possessed by the purpose, the fervor, the undiluted concentration of the intention of Satan to achieve what he had planned and worked for these thousands of years. Yeshua of Nazareth was being crucified.

It was all going exactly as planned. The Sanhedrin had played their role perfectly, Pilot had protested but relinquished his authority to the noise of the people, Herod had bowed to the mob rule as well and the fate of physical dimension was falling into Lucifer’s blood-soaked hands.

This Yeshua also called Jesus, had worried him at times. He had won the hearts of many people but His ambition to be king had never dominated Him. Now Lucifer was thinking this had been key to His downfall. It was almost done. A few more hours of anxious anticipation and the long wait will be over. Then it happened. Jesus of Nazareth was dead. Before Joseph of Arimathea could claim the body, the demons had already shackled the weary soul of Jesus and dragged Him off-planet.

In the darkness, they waited. Outside the glow of Earth’s blue glory, for the Courts of Heaven to begin the session. The demons were the most massive and powerful that Hell had to offer, ugly, smelly, without conscience or moral value, yet full of anxiety. This is Jesus, the supposed Messiah, The King of Kings and Lord of Lords, who had so willingly laid Himself down at their brutal feet. They spoke nothing, being afraid that this Son of God would burst into His glory and destroy them, but it did not happen. By the time the court opened for business, at three a. m. Jerusalem time, they had begun to feel confident that they had control of this would-be-Messiah but what would Father Jehovah do to them when they brought His Son before Him in chains.

As they walked through the entrance, everyone was silent. All of Heaven had come to witness this solemn event. Great beasts stood with their wings down. There was no beautiful music or unbearable light, only quiet respect for the accused. Father Jehovah took His seat with the usual acknowledgment yet respectfully and under-jubilantly stated. A great angel approached the Judge’s Bench and said, “Today we have only one case on the docket. Lucifer versus Yeshua. Father Jehovah looks at His son, still battered and bleeding from the crucifixion and tears flow down His face. Then He looks at Lucifer and says, “make your case.”

Lucifer, who had already taken his seat at the prosecution’s table stands, like a pompous Caesar, struts out before the bench. He skips past addressing the Judge and gets straight to his accusation. He claims that Yeshua (Hebrew) Jesus (English) had taken all the sins of the world upon Himself and now must be condemned to Hell for them. He rambles on and on, swelling with pride and victorious boldness. He waves his arms in overexaggerated gestures. Several times he stopped, expanded his chest, held out his arms, and absorbed the electricity in the space around him until bolts of energy danced out from his body. When he finally rested his case, even the demons were grateful that he had shut up.

Jehovah said, “Son, how do your plea?”

Jesus said, “I am guilty Sir.”

Jehovah said, “You realize that this means that you are guilty of every sin, ever committed on the Earth and that you will be sentenced to the damnation of every person on Earth?”

Satan fell from his seat as he wriggled in ecstasy. The Saints and the Angels of Heaven fell to their knees and Father Jehovah rose to His feet. He lifted the heavy gavel and dropped it. He turned His back to the courtroom. He could not look at His Son because God cannot love sin.  He said with his back turned, “I love you son and I am proud of what you have done. I am sorry that I cannot help you now.”

At that second Jesus felt a nudge within Him and that still, small voice of the Holy Spirit said, “The gifts of God are without repentance. I am with you. Let’s do this.”

Down through the floor of the courtroom they descended, those demons, Satan, Lucifer, and Jesus. Down through the storm, still raging in the atmosphere, through the sea as the Earth had rotated, they were now over the Devil’s Triangle. Into the deep, into the earth, and down through the crust of the earth to a series of great caverns, hot with sulfuric gas and flowing brimstone.

“This is my home,” yelled Satan, “Where you put me years ago. But! But! But Now! Look at what I have done! You are here also, and I have regained the Earth! Look at you! You have taken it all! I see you, Jesus! I see a child molester! I see a drug addict! I see a murderer! I see a liar and a cheat! I see not only a sinner but the chief of sinners!”

Jesus could feel the heat of Hell, the blood drying in his hair, the wounds on his body, and the stench in his nostrils. He spoke from a battered body but not from a battered spirit.  “Satan!” He shouted. “Agent of Lucifer hear me! You have traded your hold on Earth for the Son of Man also known as the Son of God. I have accepted the curse and damnation. I have accepted the law of sin and death solely upon myself. You can no longer claim one soul on the earth. All your accusations must be addressed to me.”

Satan rose in delight, “True, Son of God, but I can still lie to the people and convince them to accept the law of sin and death back upon themselves. I can make them doubt you and curse you! I can control them and convince them to damn themselves despite the sacrifice that you have so bravely made. I do not need to have them forgiven from sin. I can make them commit new sins and contracts for their souls. I can still have the kingdom of Earth that you thought you had won back. Who is the king now? Ha! Ha! Ha!”

“Remember the law, Satan!” Jesus shouted. “The penalty is paid! Now know the full measure of the law! Only the one who has been offended has the right to forgive. I stand offended by you and by the sinners of the Earth. I have the right to forgive. While I have accepted the weight of the law upon my account, I remain innocent of even the least of these offenses and I choose to forgive them all, every sin and every sinner. The sins are delivered to Hell but I have now forgiven all sin, I am no longer guilty but forgiven. I am the Messiah! I command you to bring all the captured souls that you have claimed, those who have died looking forward to me. As Moses led the slaves out of Egypt, I now will lead the faithful out of Hell.” Jesus began to glow as He spoke until all of Hell was alighted. Now standing in His full glory He shouted, “Hell! Open your gates! I have become grace! I have not only taken your keys and have become your key as well as the key to Heaven, life and death are in my hand. Release those who have waited patiently for my coming! I am here and they are leaving!”

As Satan shrieked in horror the hordes of saints that had waited in The Bosom of Abraham, that purgatory, that place of waiting for Messiah, moved out like a tidal wave, cheering and shouting glorious praise as they came. Jesus became surrounded by the saints who picked up the fetters that had fallen from His body and tossed them down into the pit. They rose together, upward, leaving their captivity.

Meanwhile, back on Earth, in Jerusalem, things were quite sad. Even the Sanhedrin felt the wrong that they had done, yet they repented not. The storm had passed, the sky was glowing with the first rays of light and Mary was approaching the tomb. Jesus walked up behind her and greeted her. She was given the honor of first believing and telling the disciples to prepare for the new era of grace. The King of the Jews, now the Personification of Grace, had proven Himself to all that they had ever hoped for.

As Jesus’ soul had left the body the Earth was moved. Now, throughout the day, the souls of the dead who had waited faithfully continued to rise from the chasm that had opened during an earthquake. Moses, Elijah, Elisha, David, and others were now taking time to walk the streets of Jerusalem and bear witness to what great thing Jesus had done. These were some of the things that convinced Rome that Jerusalem had killed a god and deserved to be burned.

As Jesus arrived at Heaven with the millions of saints following, He was met by Father Jehovah who embraced Him with immense gladness and honored Him with a new body.  Jesus, however, chose to keep His Earthly appearance, complete with holes in his hands and feet. Father Jehovah proclaimed Him Emanuel, King of King and Lord of Lords, Messiah.

Now, for over two thousand years, Heaven still rejoices. The wonder has not stopped or diminished. As new souls enter, they become a part of that celebration. Soon. Very, very soon the plan will be complete. Earth will be destroyed and rebuilt. The age of grace will end, and eternity begins. Those who choose not to accept the grace will be condemned by their own volition and will be thrown into a place called The Lake of Fire, with the demons, to be forgotten.

For God sent not His Son into the world to condemn the world; but that the world through Him might be saved John 3:17.

Greatness is never measured by one’s magnitude but by their sacrifice. How great is our God!